History of the lagoons and gardens 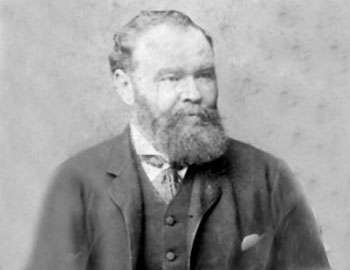 The opening of the Mackay Regional Botanic Gardens on May 24, 2003, fulfilled a dream of the Mackay Association 125 years previously. In acknowledgement, sectors within the gardens have named historical connotations, though little is left today of this pioneering past.

Before the arrival of Europeans in the Pioneer Valley, the lagoons area was known as Wambool and the larger lagoon Kaliguil - was a feasting ground for the Yuibera People.

John Mackay and his New England exploration party camped by the creek linking the lagoons and the Pioneer River in May 1860. Over two years later, the earliest Port Mackay settlers, Andrew Henderson and his nephews James and Andrew Robb carted water from the Lagoons until a well was successfully sunk on the township site.  Teamsters carting wool from the hinterland camped by these, and in 1870, a reserve of 129 acres 1 rood (52.3ha) for recreation was proclaimed adjacent to the lagoons.

Government surveyor Henry FitzGerald commented on the richness of the soil while digging lockspits during his survey of the area, and from February 1864, suburban and country lots found ready sale amongst settlers and speculators.

The lagoons was a favoured address which embraced the area on both sides of Nebo Road from Bridge Road to Boundary Road.  Several early settlers built gracious villa residences in the vicinity of the lagoons. The gardens of these residences and Rawson's Hollow at Mirani are long gone, but have been recreated in homage in the Heritage Gardens within the Mackay Regional Botanic Gardens.

Horse racing was held even before the racecourse was gazetted in 1866. Licences were granted for a number of hotels. Other recreational pursuits included boating, swimming, and at a later time, cricket and even polo.

Aware of the potential of the lagoons area for sugar production eight groups attempted to establish farmers mills in a little over a decade from the late 1860's.  Of the sugar mills that were built between 1870 and 1889, several were short-lived and only one is still in production.  A sugar refinery is a late addition.

In 1878 Mackay Municipal Council rejected a request by the Mackay District Association to have a Botanical Gardens developed on a portion of the lagoons reserve.

The lagoons, was for over forty years, the site of an experimental farm and laboratory which became the Bureau of Sugar Experiment Stations. Vegetable growing and even brick-making were other pursuits in the area.

Early in the twentieth century the lagoons became the site of Mackay's first reticulated water supply.

More information about other homestead gardens is available below: